A New Year is here, and it has finally turned winter. With lows in the upper teens, some collards couldn’t hold out and got zapped. It’s a shame because we finally had a buyer lined up who wanted to buy in bulk. One thing I’ve read in countless farming magazines and books is to always have a market lined up before you put the first seed in the ground. I guess that’s good advice, but I’ve never been confident enough yet in my growing skills to try to pre-sell produce. This year I planted 1,000 collards, hoping that I’d be able to find a market if, and when, the time came. Well, the time came and went for some plants. 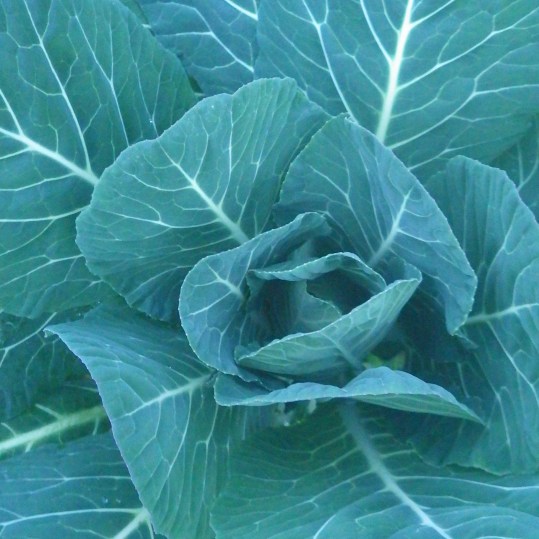 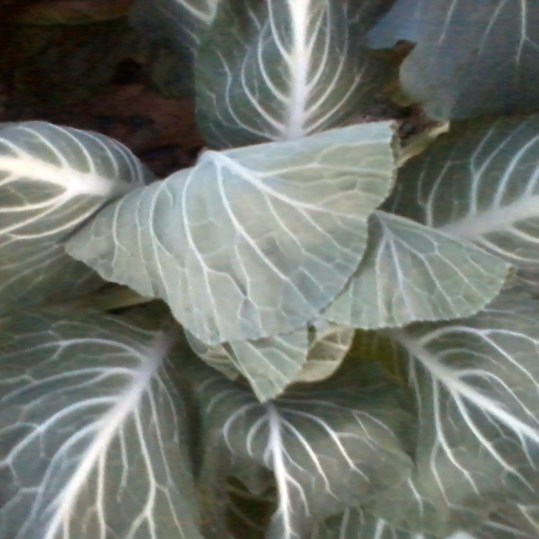 I was able to sell a good number of collard bunches at the farmer’s market and a few by word of mouth. I had planned to set up a roadside stand, like we do for our tomatoes, but the endless rain didn’t allow for it. I scrambled to try to find a wholesale buyer. One lady who owns a produce stand said she could remember selling hundreds of collards for New Year’s. But she said now people just don’t cook anymore, and young people, if they like collards at all, like them pre-chopped in a bag from the grocery store.

After striking out there, I then called a chef who works in the café of a factory that employs 400 people. To my surprise, he wanted collards. I took him 30 lbs, which is a lot of greens, on Monday. It was a surreal delivery. To walk the boxes of collards through the plant to the cafe, I had to have my photo taken, after which I had to don a freshly-printed nametag with my photo on it, an orange safety vest, safety glasses, and ear plugs. This was a very modern facility, with people manning robotic-type gizmos and tools. The café in the facility would put many restaurants to shame, and the chef was trying to buy as much local food as he could reasonably afford.

He said he would go through those collards in no time, and, in fact, the next day he called wanting more. Unfortunately, the cold snap came through that night, so future delivers might not be as much as I would have liked.

As much as I’m disappointed I lost some collards, the contact I made might be even more valuable, as the chef said he would be very interested in buying tomatoes and strawberries this spring and summer. And that’s how things seem to go with farming. One thing leads to another. From roadside stand to farmers’ market to chef, from chickens to bees to pigs, from tomatoes to strawberries to collards, each is a little gateway drug to the next.

At some point, and maybe I’m beginning to reach that point, I think I’ll begin to “just say no” to new farming ideas. Still, it’s kind of hard with farming to know what works and what doesn’t and what’s worth doing and what isn’t until you try it.